History of Uncle Frank/Part 6 – The Muppet 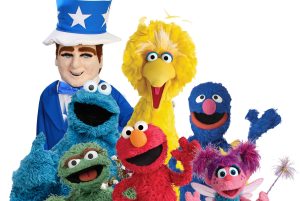