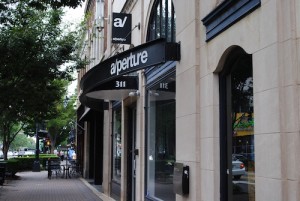 Frank Myers Auto Maxx is proud to announce the November 17 world premiere date of “Car Men”, a documentary detailing the touching and occasionally hilarious story of how the Myers men created a car business that’s known all across America for its successful out-of-the-box thinking – not to mention its off-kilter TV commercials, featuring such quirky characters as Uncle Frank and Chainsaw Charlie.

“Car Men” reveals an in-depth look at the Myers men, Frank and Tracy. While Tracy Myers may play outrageous on television to sell cars – this best-selling author, nationally-recognized entrepreneur, and devoted family man is dead serious when it comes to building a business he, his family and his city can be proud of.

Who Is Tracy Myers?

“In the car business, Tracy Myers is who everybody wants to be” said auto industry pro Bruce Roffey. “When you watch Car Men, you’ll find out why.”

“My dad and I are honored and humbled that this film was made. It’s an amazing legacy, not only for our family but also for the city of Winston-Salem,” said Tracy Myers, one of the films stars.

The film will premiere on Thursday, November 17 at the a/perture Cinama in Winston-Salem. Doors open for an invitation only red carpet event at 7:30 p.m. and the screening will begin at 8:15 p.m. The premiere will also be filmed and will be included on the dvd/blu-ray release. 2 free public screenings will be held on November 27th. The first will be at 7:30 p.m. and the second is at 8:00 pm

An Emmy Award Winning Director and Producer, Nick Nanton, Esq., is known as the Top Agent to Celebrity Experts around the world for his role in developing and marketing business and professional experts, through personal branding, media, marketing and PR to help them gain credibility and recognition for their accomplishments. Nick is recognized as the nation’s leading expert on personal branding as Fast Company Magazine’s Expert Blogger on the subject and lectures regularly on the topic at at major universities. His book Celebrity Branding You® has been selected as the textbook on personal branding at the University of Central Florida.

The CEO of The Dicks + Nanton Celebrity Branding Agency, an international agency with more than 800 clients in 23 countries, Nick is an award winning director, producer and songwriter who has worked on everything from large scale events to television shows with the likes of Bill Cosby, President George H.W. Bush, Brian Tracy, Michael Gerber and many more.

Nick is recognized as one of the top thought-leaders in the business world and has co-authored 15 best-selling books alongside Brian Tracy, Dr. Ivan Misner (Founder of BNI), Jay Conrad Levinson (Author of the Guerilla Marketing Series), Leigh Steinberg and many others, including the breakthrough hit Celebrity Branding You!®.

Nick serves as publisher of Celebrity Press™, a publishing company that produces and releases books by top Business and Professional Experts. CelebrityPress has published books by Brian Tracy, Mari Smith, Ron Legrand and many other celebrity experts and Nick has led the marketing and PR campaigns that have driven more than 300 authors to Best-Seller status. Nick has been seen in USA Today, The Wall St. Journal, Newsweek, Inc. Magazine, The New York Times, Entrepreneur® Magazine, FastCompany.com. and has appeared on ABC, NBC, CBS, and FOX television affiliates around the country speaking on subjects ranging from branding, marketing and law, to American Idol.

Nick is a member of the Florida Bar, holds a JD from the University of Florida Levin College of Law, as well as a BSBA in Finance from the University of Florida’s Warrington College of Business. Nick is a voting member of The National Academy of Recording Arts & Sciences (NARAS, Home to The GRAMMYs), a member of The National Academy of Television Arts & Sciences (Home to the Emmy Awards) co-founder of the National Academy of Best-Selling Authors, a 6-time Telly Award winner, and spends his spare time working with Young Life, Downtown Credo Orlando, Florida Hospital and rooting for the Florida Gators with his wife Kristina and their three children, Brock, Bowen and Addison.

Tracy Myers is a car dealership owner, author, speaker and entrepreneur. He recently celebrated the opening of his newest business, The Celebrity Academy in Charlotte, NC. The Academy teaches professionals, entrepreneurs and business owners how to get noticed, gain instant credibility, make millions and dominate their competition by building their expert status.

Following these principles have helped Tracy gain enormous success at his own dealership, Frank Myers Auto Maxx. It was recently recognized as the Number One Small Businesses in NC by Business Leader Magazine, one of the top three dealerships to work for in the country by The Dealer Business Journal, and one of the Top 22 Independent Automotive Retailers in the United States by Auto Dealer Monthly Magazine.

He graduated from the Certified Master Dealer program at Northwood University and was the youngest person to receive the National Quality Dealer Of The Year award, which is the highest obtainable honor in the used car industry.

He has provided guest commentary on the FOX Business Network and has also been featured on NBC, ABC, CBS & FOX affiliates across the country. He has also appeared on stages from coast to coast and is the author of several books, including the #1 best -sellers Uncle Frank Sez, Pushing To The Front (w/ Brian Tracy) and YOU Are The Brand, Stupid!

Tracy and his wife Lorna have made their home in Lewisville, NC with their 2 children Maddie and Presley. He is a Christian Business Owner whose goal is to run his business “By the Book”.