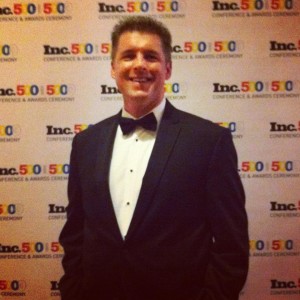 Inc. magazine has named Winston-Salem based used car dealership Frank Myers Auto Maxx, one of the Fastest Growing Small Businesses In America for the second consecutive year. The exclusive ranking was celebrated with a gala on October 12, 2013 in Washington DC and featured Gary Vaynerchuk, Jim Collins, Marc Ecko and other notable speakers. Past members of the INC list include Facebook, Intuit, Zappos, Under Armour, Microsoft, Jamba Juice, Timberland, ClifBar, Patagonia, Oracle and Zipcar. In addition to Frank Myers Auto Maxx, the list added such powerhouses as Publix Supermarkets, CDW and Levi Strauss.

“For more than 30 years, Inc. has celebrated the fastest growing private companies in America. To be honored this year is a particularly notable achievement. To rank among the Inc. 500/5000, the companies had to thrive through three of the toughest years this economy has seen in recent memory. Success in such times is eloquent testimony to creativity, resilience, and tenacity,” said Inc. Editor in Chief.

“When my great grandfather opened the first Frank Myers store more than 83 years go, I would like to believe that he wanted his family to carry on the excellent business legacy that he began. This award is dedicated to him, my dad, and the other Myers family members who came before me and who will come after me,” said Tracy Myers, owner of Frank Myers Auto Maxx.

Complete results of the Inc. 5000, including company profiles and an interactive database that can be sorted by industry, region, and other criteria, can be found at www.inc.com/5000.

The 2013 Inc. 500|5000 is ranked according to percentage revenue growth when comparing 2009 to 2012. To qualify, companies must have been founded and generating revenue by March 31, 2009. They had to be U.S.-based, privately held, for profit, and independent—not subsidiaries or divisions of other companies—as of December 31, 2011. (Since then, a number of companies on the list have gone public or been acquired.) The minimum revenue required for 2008 is $100,000; the minimum for 2011 is $2 million. As always, Inc. reserves the right to decline applicants for subjective reasons. Companies on the Inc. 500 are featured in Inc.’s September issue. They represent the top tier of the Inc. 5000, which can be found at www.inc.com/500.

For more about Frank Myers Auto Maxx, visit their blog at https://www.winstonsalemusedcars.com