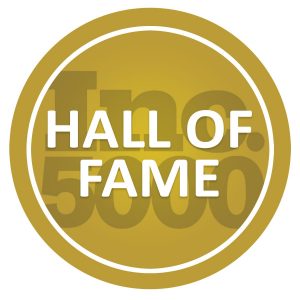 Frank Myers Auto Maxx, LLC  has been named to the Inc. 5000 Hall of Fame for being recognized as one of America’s fastest growing companies for 5 consecutive years. The Winston-Salem, North Carolina-based used car dealership received the honor at the 37th Annual Inc. 5000, an exclusive ranking of the nation’s fastest-growing private companies, announced this week.

Annually, Inc. magazine ranks the most prestigious and privately owned companies in the nation. The list represents a unique look at the most successful companies within the American economy’s most dynamic segment— its independent small businesses. Companies such as Microsoft, Dell, Domino’s Pizza, Pandora, Timberland, LinkedIn, Yelp, Zillow, and many other well-known names gained their first national exposure as honorees of the Inc. 5000.

“It’s an honor that we were named to the Inc. 5000 Hall of Fame,” said Tracy Myers, owner of Frank Myers Auto Maxx. “I’m so very fortunate that my family has been able to serve the Triad in some capacity for over 90 years and that I’ve been able to play a small role in that. I truly believe our dealership is the BEST place to buy a nicer, newer vehicle because we focus on our customers needs and wants first instead of their pocketbook.”

“If your company is on the Inc. 5000, it is unparalleled recognition of years of hard work and sacrifice,” Inc. Magazine Editor-in-Chief James Ledbetter said. “The lines of business may come and go, or come and stay. What doesn’t change is the way entrepreneurs create and accelerate the forces that shape our lives.”